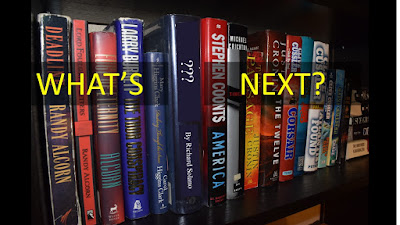 And that project is.... Synchronized

Synchronized will stretch my writing abilities as it is written in third person and is intended for adults.  In it we will explore issues of national security, trust in government and in each other as well as security through faith.  Feel free to send scene suggestions my way as Roger and Adam struggle to save America as we know it.

FYI - I plan on starting a new website after the first of the year.  It will link to this blog which will concentrate more on the Wil Clarey saga.  It will also bring more general writing news and links to tips.  I am also open to suggestions as to what to put there.  Thanks for your support!
Posted by Richard Solano at 10:33 AM No comments:

Wil Clarey: School of Hard Knocks is complete! (in rough draft form). Make sure you let me know which project you would like to see me complete next. 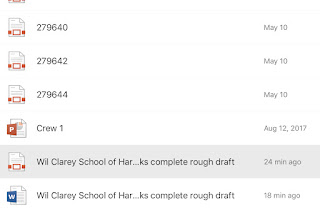 Posted by Richard Solano at 4:18 PM No comments:

I'm just two chapters away from completing the first draft of Wil Clarey: School of Hard Knocks!  I took Thanksgiving week off of work so that I can finish it and now I find that I have time to start on my next project.  With that in mind, I would like your input as to what direction to go.

I am thinking that I may want to take a break from the Wil Clarey series and complete one of the several other projects I have started.  With that in mind, I have created some very brief synopses of some of the possible stories.  Here they are: 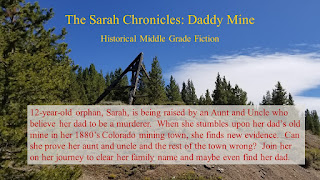 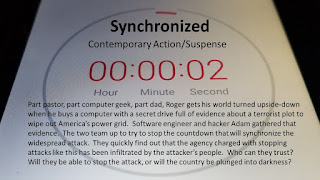 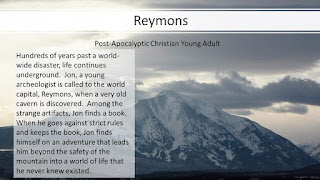 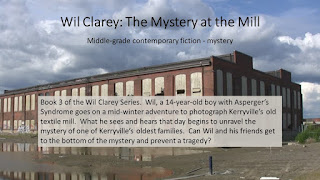 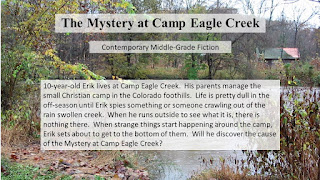 Please comment here or go to my Facebook page (search "solanowriting") to let me know which you would like to see me complete next.  The images should be clearer on Facebook.  I would be glad to provide more details about any project you are interested in.  Thanks!
Posted by Richard Solano at 7:27 AM No comments:

I just had one of those chapters that practically wrote itself.  I decided to be bold and share it with you.  Please be aware that it is raw and completely unedited so please overlook any blunders.  (I already found a couple just glancing through it.)  It may come out quite differently in the final product but, it was fun to write and I hope that it is fun to read.  Enjoy.
Oh yeah, if you aren't one of the few who have read the first book - spoiler alert!

Chapter 34 – On a Sled and a Prayer
Freezing air in my face.  Snow blasted up from the front of the sled and showered on me.  Fingers, almost numb, gripped the edge of the orange plastic.  Until… a lump on the hillside sent me airborne.  What goes up must come down.  I came down on my face.
Ten inches of snow prevented any injury beyond the drastic lowering of the temperature of my skin.  I picked myself up and ran after the sled that continued down the hill.
I didn’t see her coming but I heard her.  “WATCH OUT!!”  Hannah barreled by within two inches of my heels.
I fell back in the snow and only just managed to get up and out of the way of Bill sliding out of control on his little red plastic saucer. Neither Bill nor Hannah made it to the bottom of the hill before wiping out.  We were on one of the big hills on my grandparent’s farm.  Bill had invited himself when I told him by text that morning that I was going to go sledding on the farm.  Mom had brought us out in the cute ute, trying out the all-wheel drive for the first time.
“You need to make a path for the sleds to follow.”  Grandpa shouted up from the bottom of the hill with a snow shovel in hand.  We walked down to him.  “Trample down the snow where you want the sleds to go.  I’ll build up a snow bank down here, so you don’t fly into the creek.”
“Your granddad’s pretty smart for an old guy.”
“Who you callin’ old, Bill?”  Grandpa tossed a snow ball at Bill.  It hit him in the chest splattering snow into his face.
“Oh, it’s on, old man.”  Bill became a snow throwing machine, diving for the ground and grabbing handful after handful of snow, crushing the snow into a ball and throwing it in a single smooth motion.
Grandpa wasn’t as fast, but he had strategy.  He ducked behind a pile of snow he had already started to build and lobbed snow bombs in Bill’s direction.  Hannah joined forces with him and soon I was being targeted too.
Something you should know about Asperger’s is that it enables us to concentrate on something to the exclusion of everything else.  In moments, I was strategizing how to decimate our “enemy.”  As inexperienced as I was at snowball fights, I soon had a winning strategy as I moved to flank Hannah and Grandpa.
That focus that helps me sometimes makes it hard to know when to stop.  One of my snowballs nailed Hannah right in the face.  Most people would stop and let her recover.  My mind was in video game mode and kicked up the action to win the battle.  Bad idea.  After hitting her three more times in the back of the head, Grandpa had to stand in front of her and yell stop.
That triggered what hadn’t happened to me since the attack.  Defense mode.  I froze.  You would think I would apologize but my mind went into that horrible loop.  Why did I do that?  That was stupid.  I can’t face them.  I can’t.  I plopped back in the snow and started rocking, hiding my face in my icy gloved hands.  The world disappeared.
I’m not sure what the others did during that time.  I'm not even sure how long I tuned out.  When I looked out from my gloves, Grandpa stood a couple feet in front of my talking to Bill and Hannah.  I think he was explaining my reaction.
I snapped out of it pretty quickly then.  “I'm okay.”  I got up and stepped around Grandpa to face Hannah.  “I, I’m sorry.  I get…”
“You don’t need to apologize.”  Hannah put her hand on my arm.  “I understand.  Or at least I want to understand.”  She switched on a big grin.  “I’m a tough chick.  I can handle your… unique qualities.”
I stood there speechless.  Could she actually understand?  Even if she could, was it fair to her to have to put up with that in me?
Before I could think to say anything, she said, “Let’s get this sled run built.”
Stunned, I stood as Bill passed close by me.  “She’s a keeper,” he whispered in my ear.
Yes, she was, but would I be able to keep her?

I would end this chapter there, but I gotta tell you, that was some of the best sledding ever.  Once we had the path made and run over a few times, I swear we set some land speed records for sledding.  We all came away freezing on the outside but warm with joy on the inside.  That was a good thing since the next few weeks would be less than fun.
Posted by Richard Solano at 7:48 PM No comments: